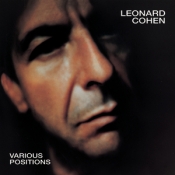 listen to the SONY`s AUDIOPHILES :

Dance Me To The End Of Love

Dance me to your beauty with a burning violin

Dance me through the panic 'til I'm gathered safely in

Lift me like an olive branch and be my homeward dove

Oh let me see your beauty when the witnesses are gone

Let me feel you moving like they do in Babylon

Show me slowly what I only know the limits of

Dance me to the wedding now, dance me on and on

Dance me to the children who are asking to be born

Dance me through the curtains that our kisses have outworn

Raise a tent of shelter now, though every thread is torn

Dance me to your beauty with a burning violin

Dance me through the panic till I'm gathered safely in

Coming Back to You

I can't turn the other cheek

But you know that I still love you

It's just that I can't speak

I looked for you in everyone

And they called me on that too

I lived alone but I was only

Ah they're shutting down the factory now

Just when all the bills are due

And the fields they're under lock and key

Tho' the rain and the sun come through

And springtime starts but then it stops

In the name of something new

And all the senses rise against this

And they're handing down my sentence now

And I know what I must do

Another mile of silence while I'm

There are many in your life

And many still to be

Since you are a shining light

There's many that you'll see

But I have to deal with envy

When you choose the precious few

Who've left their pride on the other side of

Even in your arms I know

I'll never get it right

Even when you bend to give me

Comfort in the night

I've got to have your word on this

Or none of it is true

And all I've said was just instead of

How many times did you call me

And I knew it was late

But I never went straight

I don't claim to be guilty

But I do understand

From doing what I do

If the moon has a sister

It's got to be you

I'm going to miss you forever

Tho' it's not what I planned

Now the deal has been dirty

I'm not asking for mercy

Not from the man

You just don't ask for mercy

While you're still on the stand

I don't claim to be guilty

That's all I can say, baby

That's all I can say

It wasn't for nothing

That they put me away

I fell with my angel

Down the chain of command

The Night Comes On

I went down to the place

Where I knew she lay waiting

Under the marble and the snow

The thunder and the lightning

I'll never come through this alone

She said, I'll be with you

My shawl wrapped around you

My hand on your head when you go

And the night came on

It was very calm

I wanted the night to go on and on

But she said, Go back to the World

We were fighting in Egypt

When they signed this agreement

That nobody else had to die

There was this terrible sound

And my father went down

With a terrible wound in his side

He said, Try to go on

Take my books, take my gun

Remember, my son, how they lied

I'd like to pretend that my father was wrong

But you don't want to lie, not to the young

We were locked in this kitchen

I took to religion

And I wondered how long she would stay

I needed so much

To have nothing to touch

I've always been greedy that way

But my son and my daughter

Climbed out of the water

Crying, Papa, you promised to play

And they lead me away

To the great surprise

And they hide, they hide in the World

Now I look for her always

I'm lost in this calling

I'm tied to the threads of some prayer

Saying, When will she summon me

When will she come to me

What must I do to prepare

When she bends to my longing

She stands in the luminous air

And it's very calm

I lie in her arms and says, When I'm gone

I'll be yours, yours for a song

Now the crickets are singing

The cat's curled asleep in his chair

I'll go down to Bill's Bar

I can make it that far

And I'll see if my friends are still there

Yes, and here's to the few

Who forgive what you do

And the fewer who don't even care

I want to cross over, I want to go home

But she says, Go back, go back to the World

Now I've heard there was a secret chord

That David played, and it pleased the Lord

But you don't really care for music, do you?

The fourth, the fifth

The minor fall, the major lift

Your faith was strong but you needed proof

You saw her bathing on the roof

Her beauty and the moonlight overthrew her

To a kitchen chair

She broke your throne, and she cut your hair

And from your lips she drew the Hallelujah

You say I took the name in vain

I don't even know the name

But if I did, well really, what's it to you?

There's a blaze of light

It doesn't matter which you heard

The holy or the broken Hallelujah

I did my best, it wasn't much

I couldn't feel, so I tried to touch

I've told the truth, I didn't come to fool you

It all went wrong

I'll stand before the Lord of Song

With nothing on my tongue but Hallelujah

Now the Captain called me to his bed

He fumbled for my hand

"Take these silver bars," he said

"Command of what, there's no one here

All the rest are dead or in retreat

Or with the enemy."

Ever since we lost

If it's not the Crucifixion

Then it's the Holocaust."

"May Christ have mercy on your soul

For making such a joke

"I know that you have suffered, lad,

But suffer this awhile:

Whatever makes a soldier sad

Will make a killer smile."

"I'm leaving, Captain, I must go

There's blood upon your hand

But tell me, Captain, if you know

Of a decent place to stand."

"There is no decent place to stand

But if a woman take your hand

Go and stand with her."

"I left a wife in Tennessee

I risked my life, but not to hear

"Ah but if you cannot raise your love

To a very high degree,

Then you're just the man I've been thinking of --

So come and stand with me."

"Your standing days are done," I cried,

"You'll rally me no more.

I don't even know what side

We fought on, or what for."

"I'm on the side that's always lost

Against the side of Heaven

I'm on the side of Snake-eyes tossed

Against the side of Seven.

And I've read the Bill of Human Rights

And some of it was true

But there wasn't any burden left

Now the Captain he was dying

But the Captain wasn't hurt

The silver bars were in my hand

I pinned them to my shirt.

He's deep in the forest so wild

And he cannot take his wife with him

He cannot take his child

In the quicksand and the clay

Although she knows the way

Through the silver and the glass

Where only greed can enter

And he leaves a baby sleeping

And his blessings all behind

And he's lost his lucky charm

And he's lost the guardian heart

That keeps the hunter from the harm

He asked me to say goodbye

And he warned me not to stop him

I wouldn't, I wouldn't even try

Heart With No Companion

I greet you from the other side

Of sorrow and despair

With a love so vast and shattered

It will reach you everywhere

And I sing this for the captain

Whose ship has not been built

For the mother in confusion

For the heart with no companion

For the soul without a king

For the prima ballerina

Who cannot dance to anything

Through the days of shame that are coming

Through the nights of wild distress

Tho' your promise count for nothing

You must keep it nonetheless

You must keep it for the captain

Whose ship has not been built

For the mother in confusion

For the heart with no companion ...

I greet you from the other side ...

If It Be Your Will

That I speak no more

And my voice be still

As it was before

I will speak no more

I shall abide until

I am spoken for

That a voice be true

I will sing to you

All your praises they shall ring

To let me sing

All your praises they shall ring

To let me sing

If there is a choice

On all these burning hearts in hell

To make us well

And draw us near

And bind us tight

All your children here

In their rags of light

In our rags of light

All dressed to kill

And end this night

If it be your will.